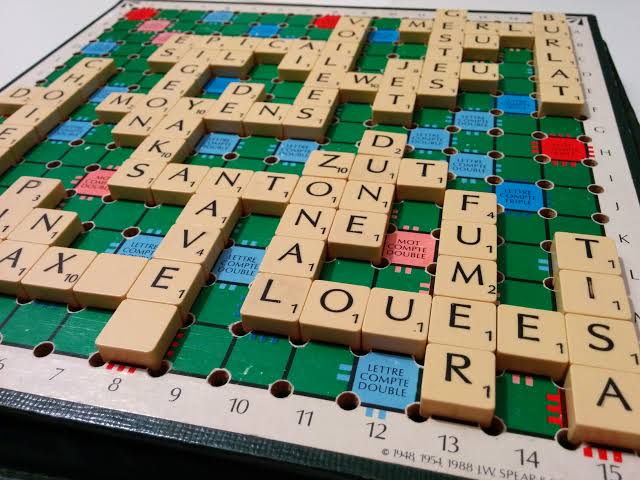 What the Eff is ADE?

My friends and I were playing scrabble at home. I can't think of any word to put, I have the letters A E and D.

"Meron nyan! Check mo pa sa Dictionary." I said. And he checked his mobile dictionary for the meaning of the word ADE.

"You have to update your software man! Meron talaga nyan." Sabi ko.

At dahil katiwatiwala ako, eh they all believed me. Nyahaha!

Actually I already checked SOWPODS master list of accepted three letter words. And I didn't find the word ADE in the list. So I knew that 'ade' is not a word. But ey, I needed the extra points. Nyahaha! So I had to wear my best poker face to make them believe me.

By the way, here is a list of accepted three letter words that starts with letter A kung nakyu-curious kayo:

So, does that mean ADE is not at all a word?

An ade is a beverage made from diluted fruit juice and sweetener. It is usually used as a suffix, as in lemonade, limeade and orangeade. An ade is generally a combination of fruit juice, sugar and water. Ades are not usually carbonated except in certain regions, such as the British Isles and some other parts of Europe.

But when I checked Merriam-Webster:

ade can be found at Merriam-WebsterUnabridged.com.

Well, I guess there really is no such word huh! OK, suffix na kung suffix. Shet!

Pero nde ko aaminin ke Bingo. I will not tell him my boo-boo noh! LOL! Nyahahaha!